In June the Branch did a service project for a senior widow near Rouyn-Noranda.

Fifteen people showed up to help even though it was a two hour drive for most. 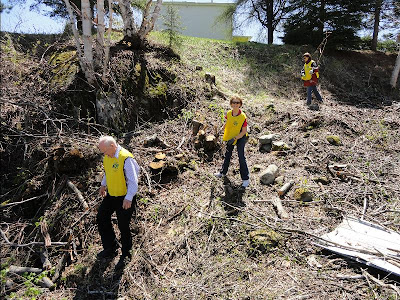 We spent a Saturday clearing brush from her property. 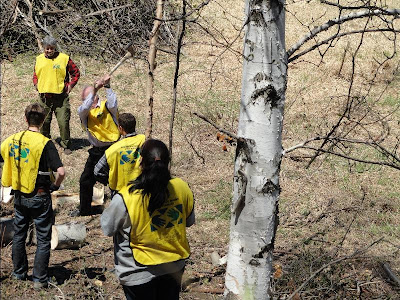 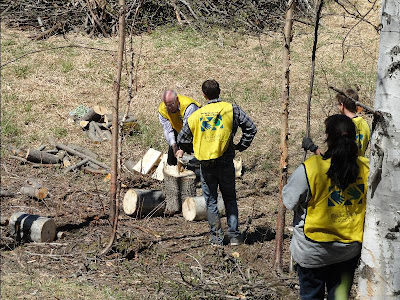 Elder Rhodes is showing the young Elders how splitting a log is really done.

Actually, they had already spent a lot of time splitting logs that day and were very good at it. 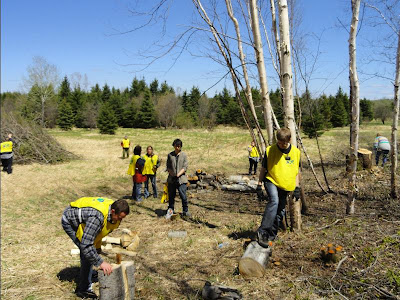 We had one casualty.
Sis.Roy. was tossing a load of brush on the pile and a branch whipped around and caught her on the cheek.
Good thing President Conway had brought ice! 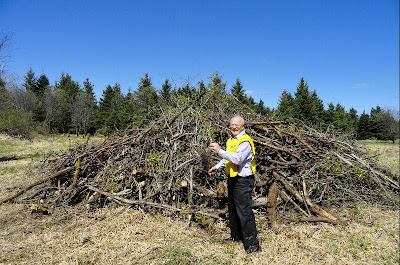 We ended up with three large piles which will be burned at a later date.


We wore ourselves out but had a great time!

After the work, we enjoyed the Roy's hospitality for a barbecue.

What would an activity be without food!?


Some of the crew waiting for the burgers!


Service projects and working hard together are always great opportunities for bonding. We had such a good time we hated to call it quits. Eventually however, about two hours later than originally planned, we headed back to Val d'Or.

We took the short cut home, which took only 3 hrs. instead of 2! We missed a turn and ended up driving through a provincial park on a narrow, winding gravel road. It was beautiful! Unfortunately, we didn't get any pictures of the park as we didn't realize we would never take that route again until we were out of it. Later we made another wrong turn and ended up going west instead of east! We were so tired we were giddy and laughed at everything, including being lost. I have to say it was a thoroughly enjoyable day!


Noranda to hold our meetings at a senior's center. This was Elder Smith's last Sunday in Abitibi. He used our camera to get pictures, as he had left his in
Val d'Or, so he's in all of them.

Elder Smith had served here for six months and is dearly loved by the members, including us. We still miss him.


This was the Branch presidency before Elder Smith got transferred. From left to right is Brother Brule, the first counselor, President Conway, , Elder Smith,the second counselor and  Elder Rhodes, the assistant ward clerk. The ward clerk had left before we thought to take this picture. 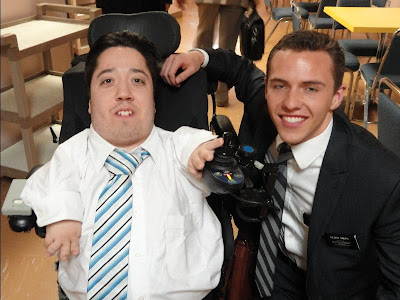 This is Martin, the ward clerk and our pianist. He plays the music on his keyboard at home, records it, and then plays it back for us on Sundays. He is an amazing man!


The following are the sisters I work closely with. They are all great women and it’s a privilege to work with them. 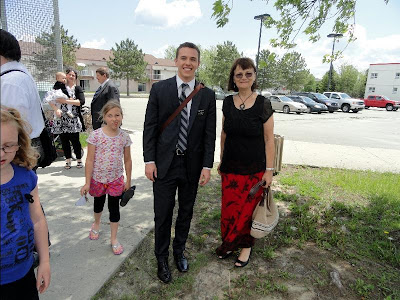 Sister Giselle Lacroix is our Relief Society President. She’s the one who travels 1 ½ hrs. by bus to get to church if she doesn't have a ride. She did that for the better part of 18 years. She also teaches the Gospel Principles class if the investigators are French, which at this time is the case. 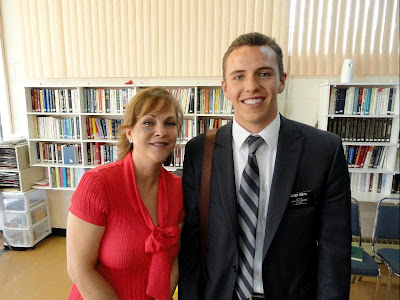 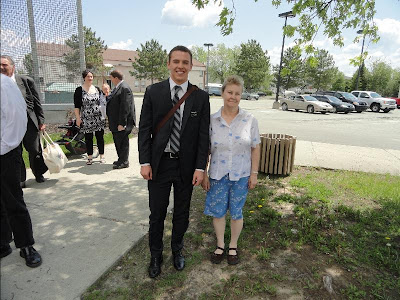 Nicole Lacert is one of the most energetic and capable people I have ever met. She does anything from cooking and sewing to building a house and shingling a roof. She’s amazing! She is the second counselor in the Relief Society Presidency. 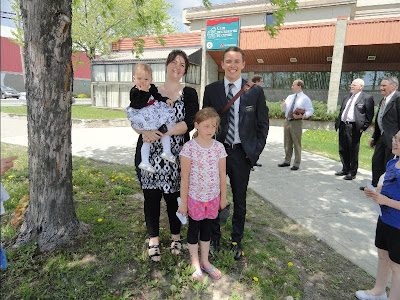 Caroline Simard is the first counselor in the Primary presidency and very dedicated. She and Sis. Roy live in Rouyn-Noranda and coordinate their efforts to drive members to church and activities. Sometimes Mia likes to be objectionable, but she and Emma are both sweet girls.


Of course, we had a goodbye dinner for Elder Smith Sunday evening. He got hold of the camera again and took these shots. 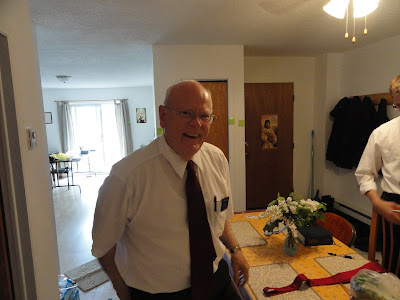 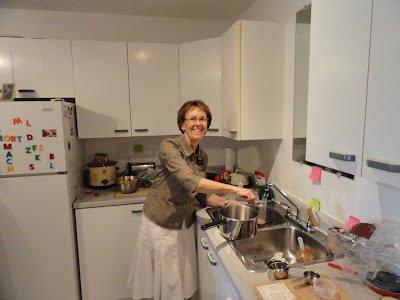 Elder Rhodes found a creative way to get a group photo while Elder Smith helped me prepare dinner. 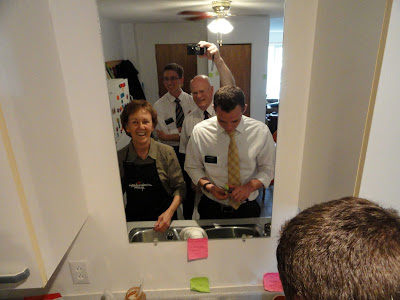