Some more photos that didn't make it into the April 4 update.


Just thought you might like these shots of a typical residential street by the end of winter. The interesting thing is that this is not the result of plows throwing the snow up into the yards; the snow is trucked away as it's plowed from the roads. It's the accumulation of the snow throughout the winter.  Notice the lines of dirt in the walls of snow. It's like age lines in a tree trunk. I took these shots after a 3 day thaw. (Imagine how high they were before that.) The roads and sidewalks were completely dry. Then it snowed during the night, which is evidenced by the fresh covering on the cliff tops and the road. Then the plows and trucks were at it again. I find these snow cliffs fascinating  The pictures don't do them justice. You have to see them in person to appreciate them. 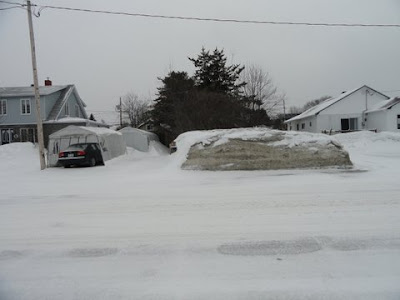 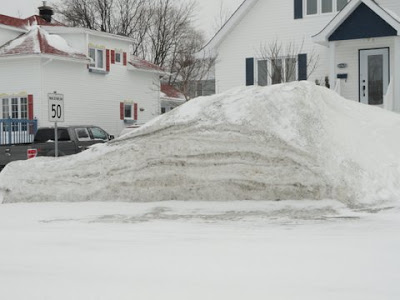 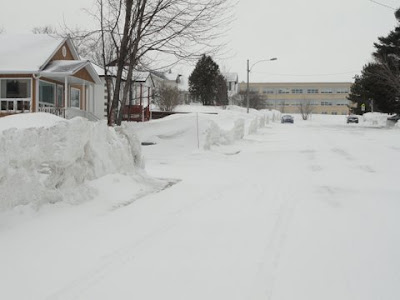 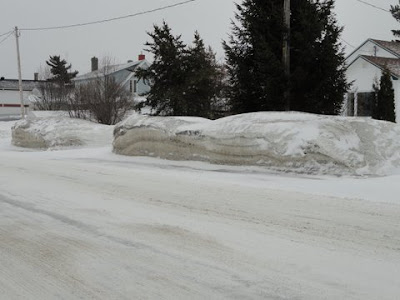 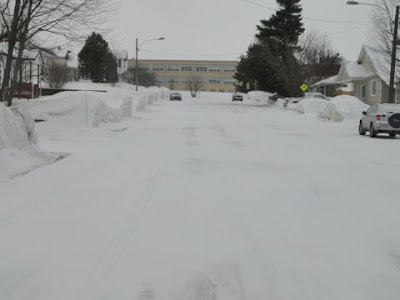